Apart is a puzzle platformer in which the player controls two foxes. The white one can only stay in the light while the black one cannot leave the shade. Thus, lights and shadows are needed to move on, but become obstacles at the same time.

This was a student's project with a team size of 5 people. It still feels a bit rough (game mechanics like jumping or collisions are not very polished) but it contains nice puzzle elements, a couple of levels and is rounded off with a short storyline. Some time after university I got back to it to fix some bugs so it could be published on Kongregate. 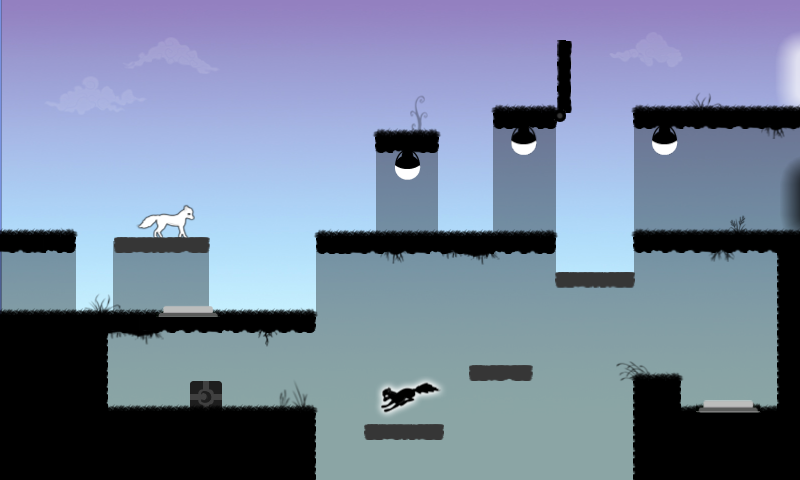 Apart started with the idea of combining the topic of light and shadow with a 2D platform game. My task was to come up with various game elements that create either light or shadow. I also designed most of the levels, built them in Unity and conducted playtesting with fellow students.

I did the project management as well as a few programming tasks like adding music, sounds and bug fixing. I also wrote the texts that explain the game's controls through a short story.